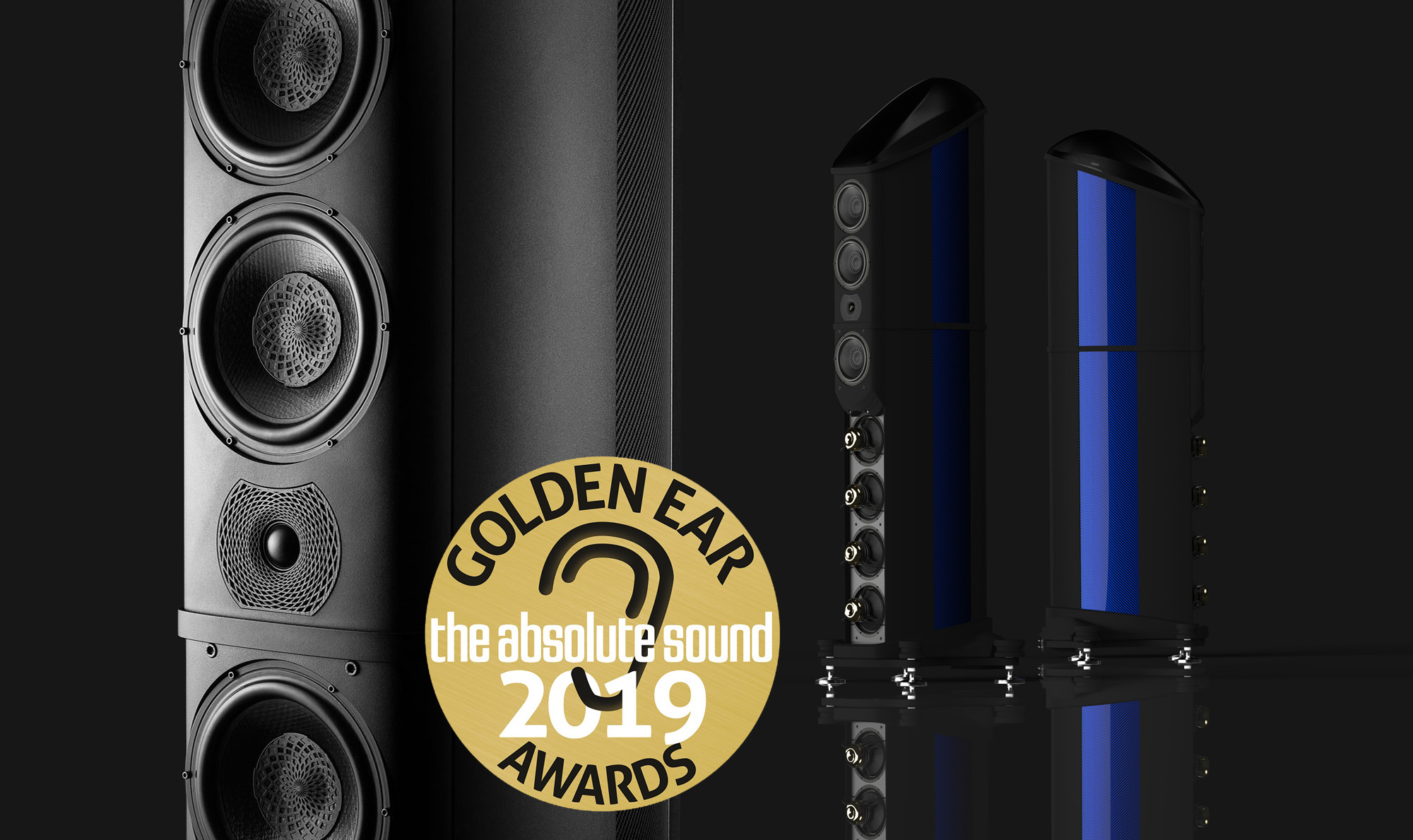 “The Eminence is a nothing short of a technical tour de force in advanced loudspeaker design. With its in-house-made carbon-fiber enclosure, custom drivers, isobaric woofer loading, innovative tweeter, and no-compromise execution, the Eminence can lay claim to being one of the world’s most sophisticated loudspeakers. All that cutting-edge technology is in service of a single goal: to make the speaker disappear. And disappear it does, not just spatially but tonally and dynamically as well. The Eminence is as colorless in timbre as you’ll find, and its ability to convey music’s rhythms, dynamic accents, flow, and energy is unequalled in my experience. The sound is decidedly “top down,” favoring dynamic agility, speed, and a light-on-its-feet character over the last measure of bass weight and extension. The electrostatic-like midrange transparency and resolution vaults the Eminence into the upper echelon of the world’s greatest loudspeakers. Along with the Magico Q7 Mk.II and Rockport Lyra, the Eminence is one of the three best speakers I’ve had in my home.”

“The Mimas is, to my way of thinking, an old musical soul, though at a glance you wouldn’t think so. Hip and striking in its clean precision machining and uncluttered design, you’d conclude that this 150Wpc, dual-mono hybrid amp is just another high-performance entrant in the already overpopulated integrated-amp sweepstakes. However, Mimas, the first integrated from Aesthetix, is in its own way as distinctive as any linestage integrated amp I’ve heard. Capable of expressing the full palette of tonal and textural colors, it embodies many of the classic sonic virtues of the golden era of tubes but with the ease and control and extension that are hallmarks of today’s finest gear. As it fashions these essentials into a harmonious whole, its character hints of classic midrange warmth and airy treble sweetness with bass response as nimble as it is formidable. Mimas doesn’t sound solid-state or tubey either, in spite of twin 6DJ8 valves in the preamp section. There are no obvious fingerprints or colorations, tonal dips or peaks, treble-octave grit or grain, or insecurity in the bottom octaves. Yet Mimas communicates sonic elements that are often but not exclusively ascribed to tubes—particularly the aforementioned sense of midrange-infused liveliness, textural complexity, and dimensionality. Perhaps key to Mimas’ distinctive style is how it places the musicians of an orchestra within the acoustic environment of the performance—establishing the prominence of the soundspace and then illuminating and projecting the musical images upon the backdrop of that environment. Aesthetix’ Mimas is the very definition of what I am seeking today in an integrated amplifier—unalloyed transparency and musicality served up with rich reserves of power. The stuff that makes for a Golden Ear Award.”